Will there be Razer Blade Black Friday or Cyber Monday deals on Gaming Laptops?

Razer Blade gaming laptops are some of the most high-end laptops on the market. Their specifications allow for a high quality, portable gaming experience. Given the price of some of these top-tier gaming laptops, will a portable gaming experience remain a dream for hardcore gamers? We are hoping to see price drops on some of the Razor Blade laptop range as we approach Black Friday & Cyber Monday deals days, but how hefty could the discounts be?

Our price analysis suggests that discounts for the Razer Blade could be around 10%, with a more moderate 5% predicted for the Razer Blade Stealth and Pro. Although, given the price, this could still be a fairly significant amount of money! Bare in mind this is only a prediction and Razer could decide to offer larger Razer Blade Black Friday & Cyber Monday deals – fingers crossed!

A word of warning on some Razer Black Friday deals:

There are often some great Black Friday deals on Razer gaming laptops, but some retailers adopt misleading tactics to make it appear as though there has been a discount. Take the below example from our Razer Stealth Black Friday price tracker: 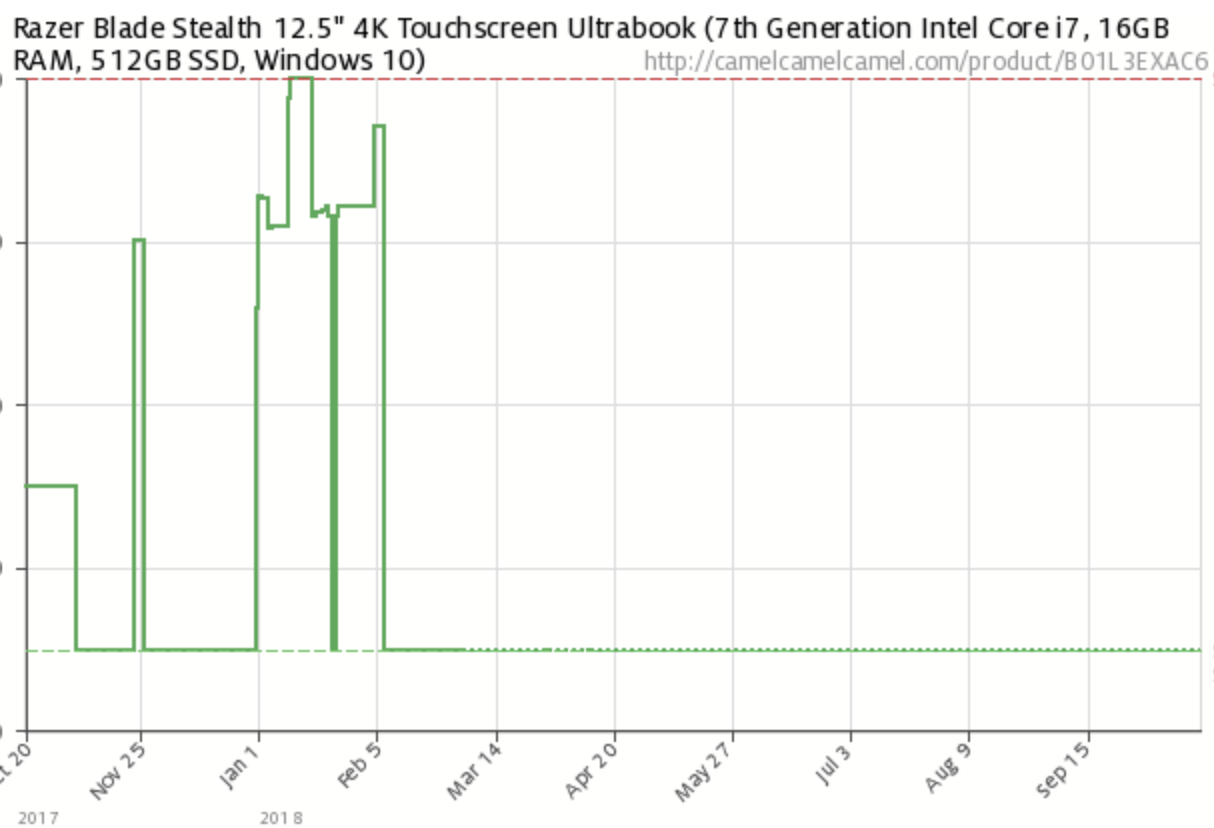 What you’ll notice is that the price was actually raised by approx 16% just before Black Friday (November 24th in 2017 for reference). The retailer then reduced the price shortly after to make it appear as though there had been a discount when in actual fact, it was the same price as the week before. This Razer Blade Stealth Black Friday deal tactic isn’t an isolated incident, we’ve come across this tactic in several different categories, so just be sure to check the price history, or return to this site for any Razer Black Friday deals we come across.

We will be publishing any deals we find for Razer Blade Black Friday & Cyber Monday 2021 right here on this page!

Whilst we wait though, let’s have a look at the range so you can decide which gaming laptop deals to watch out for! 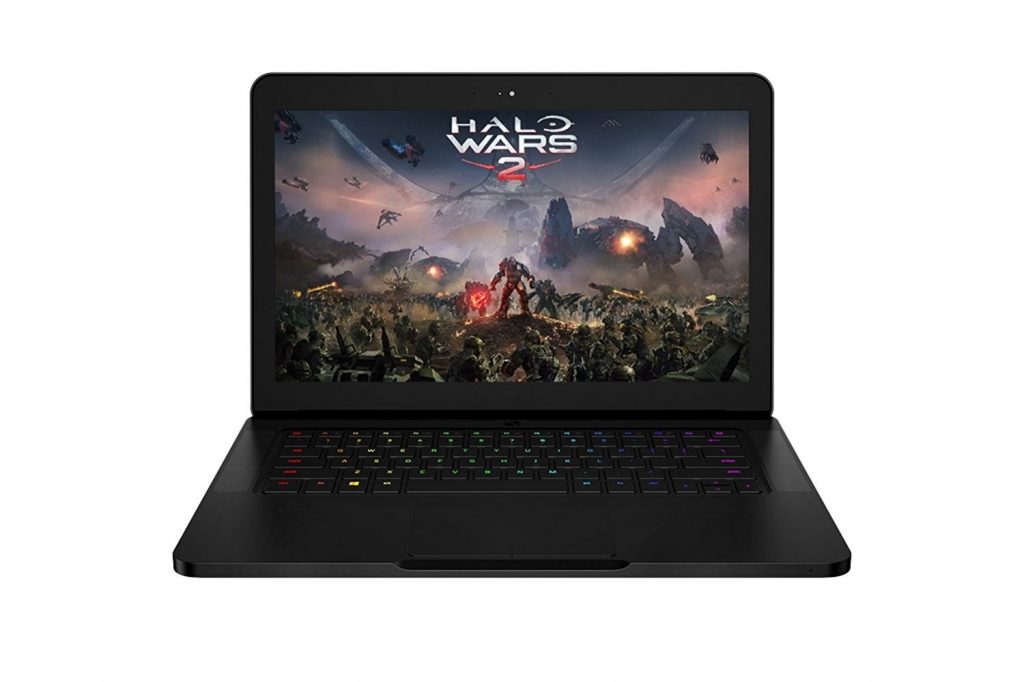 Starting out with the Razer Blade, which features a conventional desktop CPU,  Nvidia’s new GeForce GTX 1060. This should be enough power to support VR and play most games in full HD resolution. The Razer Blade has a 6th gen intel processor, you’ll be able to choose between  256GB, 512GB and 1TB storage options, as well as choosing between a Full HD or QHD+ 14-inch display.

On the outside, the Razer Blade is aesthetically pleasing, its thin aluminum body fits in whether you’re at work or home and it’s small and light enough to bring on the go. If your a mobile person who needs a lot of computer power, then Razer Blade Black Friday deals could be the ones to look out for! 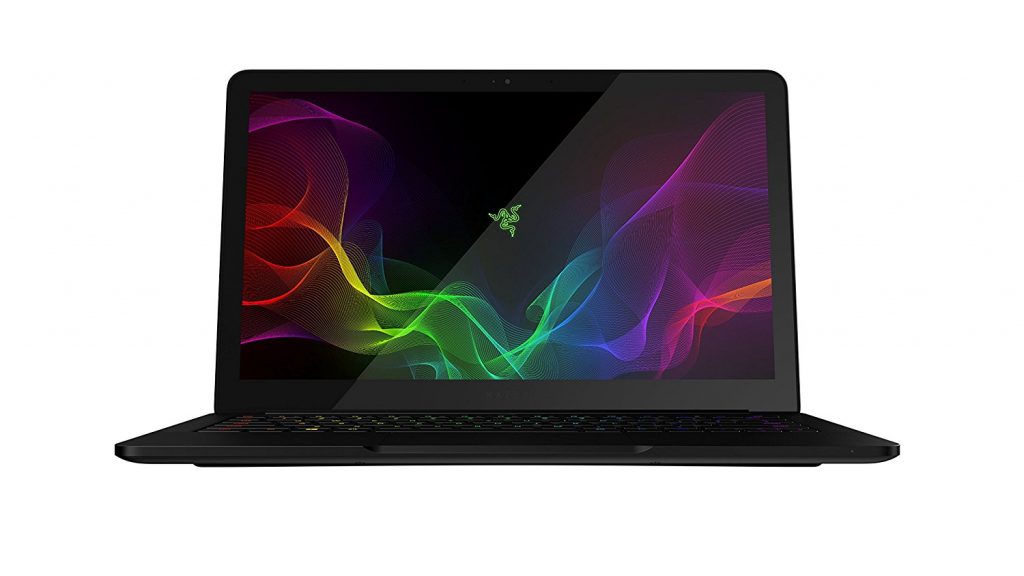 As far as Razor Blade laptops go, the stealth is the budget option in the range. It’s thinner and lighter than the other Razer Blade models, and at just 13.1mm thick, it’s thinner than a 13″ MacBook Air! Inside this super slim machine is the new 7th-generation Intel Core i7 processor, 16GB RAM. Sadly, it falls short on dedicated graphics.  It does have less power than the other Razer Blade gaming laptops in this list, but if you’re ok with sacrificing some power for portability, or you don’t require high-performance gaming, then the Stealth could be a good choice of gaming laptop. Keep an eye out for Razer Blade stealth Black Friday & Cyber Monday discounts as we approach the end of the year. 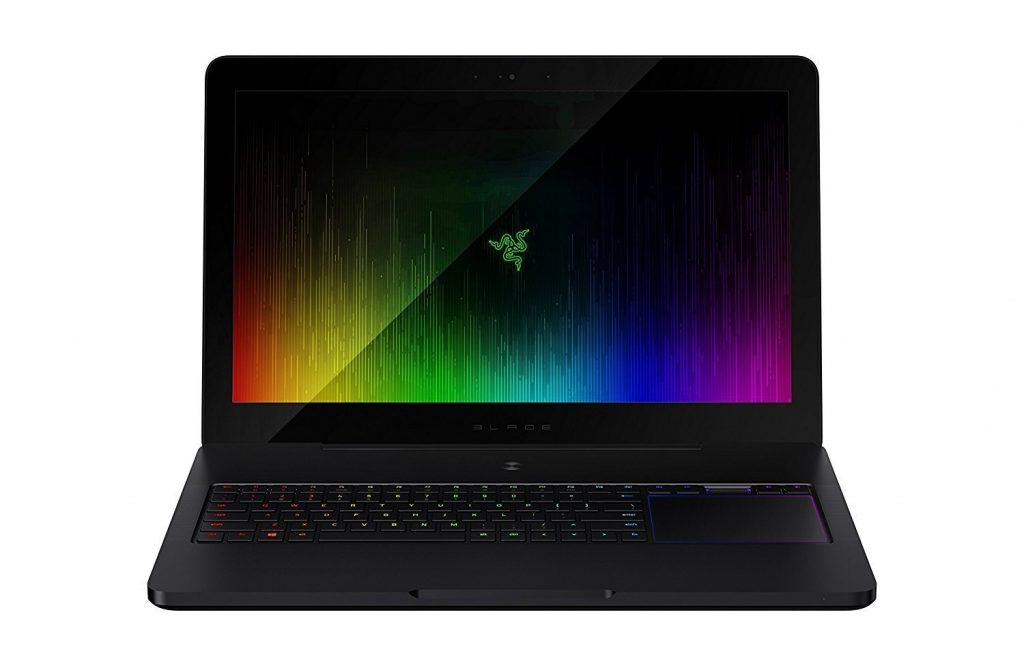 Razer Blade Pro is marketed as a desktop replacement and it’s easy to see why. The Razer Blade Pro has quite astonishing specification packed into a portable machine, but with this top-tier spec comes a top-shelf price tag. The Razer Blade Pro comes with the Nvidia flagship desktop graphics card, the GeForce GTX 1080, with 8GB of GDDR5X VRAM. Along with that is the Intel 6th-gen Core i7-6700HQ.  You’ll have the choice of 3 SSD storage options (512GB / 1TB / 2TB).

The Razer Blade pro is a serious machine, designed for serious gaming, but that comes with a serious price tag. It’s enough to put off most gamers. If you’re considering (or wishing you could afford one), then it’s worth waiting to see if there are any Razer Blade Pro Black Friday & Cyber Monday deals released. 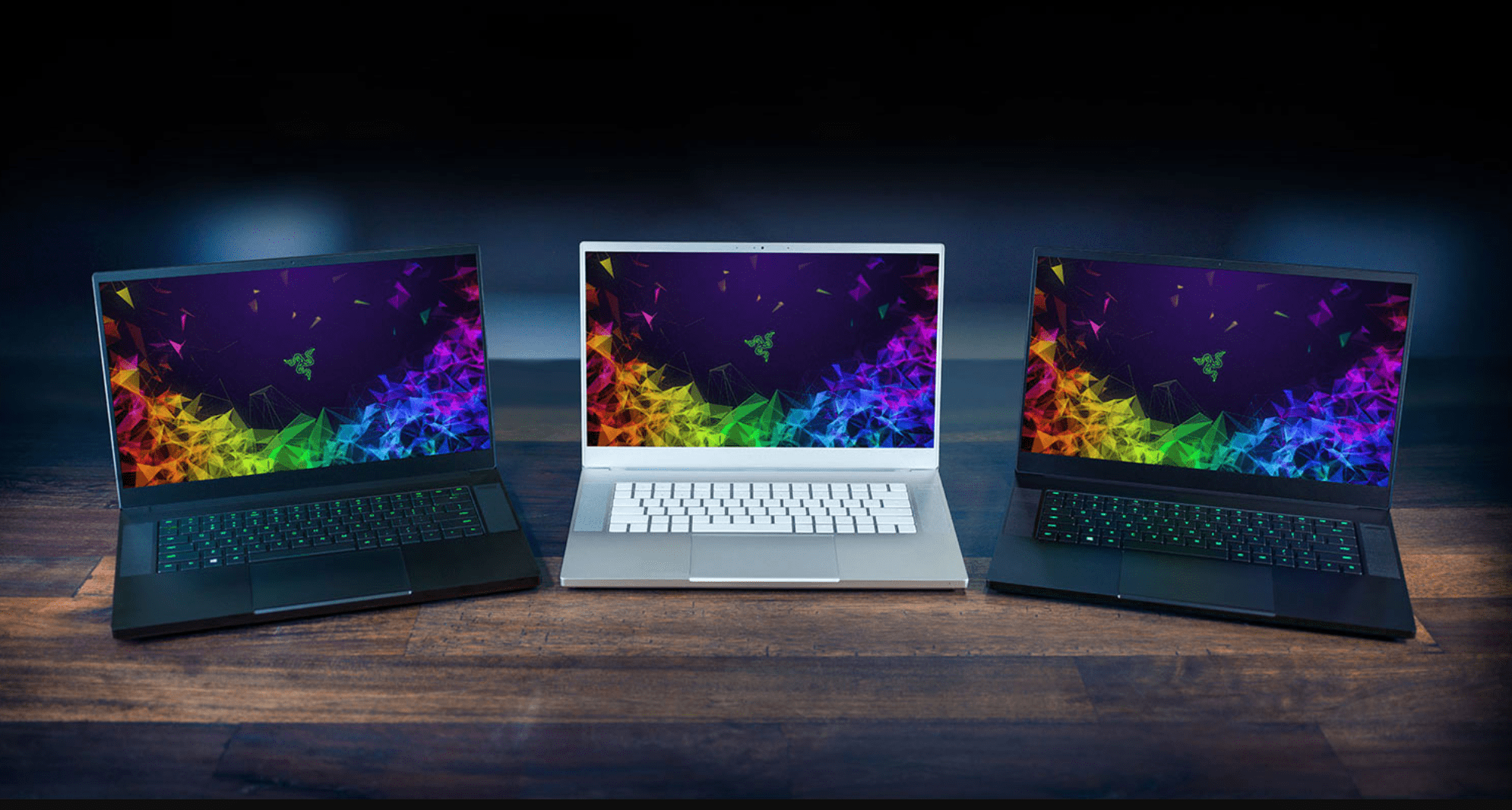 The Razer Blade 15 is the latest 2019 release and is the top tier in Razer Blade gaming laptops. The Razer Blade 15 has received many excellent reviews, and IGN named it as the “the top gaming laptop of 2019”. It’s lightweight, thin and its easy to carry around like a regular laptop, whilst still being extremely powerful with excellent battery life. It’s designed for high performance gaming on the move without compromise, but it does come with a hefty price tag.

The Razer Blade 15 comes in two models, the Base Model and the Advanced Model, as well as an awesome Mercury White Limited Edition.

Since it was just released, at present we haven’t found it discounted with any retailers. However, our software will be tracking any price movements daily and we will list any Razer Blade 15 Black Friday and Cyber Monday deals we find right here on this page.

We’re hoping to see Razer Blade Black Friday & Cyber Monday deals deals released as we approach this period. It’s not uncommon to see price drops on Razer Blade laptops, so if you’re looking to buy at the best price we think it’s worth waiting for possible Black Friday & Cyber Monday day price drops. We will be posting any we find here so check back soon!

Not sure on Razer Blade? Take a look at our list of favorite gaming laptops this Black Friday & Cyber Monday.