The Boxer robot may have only been released in the fall of 2019, but toy maker Spin Master are no stranger to a craze and we think they will not be able to resist milking the Black Friday cash cow. Already since it came out in August we have seen discounts in the region of 12-15% on the Blue Boxer in a couple of sales, so we are expecting Boxer robot deals on Black Friday & Cyber Monday to be similar. 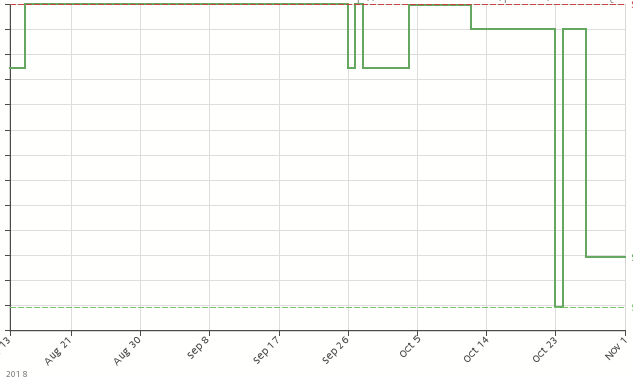 As is often the case with products that come in multiple color varieties, retailers more commonly offer greater discounts on the less popular colors in order to encourage sales. This is something we have seen on the Black Boxer robot, which has been discounted 24% in a past sale. So if you aren’t bothered about color, we suggest looking for Boxer Robot Black Friday deals on this model as we think it’s more likely.

Although, given Spin Master continue to dominate the best selling toy lists on Black Friday with products like Fingerlings and Hatchimals, they could try and maintain this position by offering even steeper Boxer Robot Black Friday discounts. We won’t know for a couple of weeks, but any new info we find will be listed right here!

What is the Boxer Robot? Or Should I Say Who…

Boxer is a new robotics toy from Spin Master that kids can play games with, drive around and interact with. The bot comes with 10 activity cards that activate specific games when Boxer drives over and scans them with sensors on its underside. These include bot bowling with the ball accessory and go karting, though kids can access extra games by downloading the Boxer Bot App for IOS or Android devices. At the time of writing there are 26 more activities in the App, but the great thing about it is that it is likely to be updated with even more in the future!

Other than games, Boxer can also be used in remote control mode. As you’d expect, in this mode kids can control boxer with the remote control to do things like drive around and race other Boxer bots. As the robot has 6 wheels, he has so much manoeuvrability and can spin, do wheelies and more. And we haven’t got to the best bit yet. The stunt buttons allow Boxer to do tricks, such as a full front flip! 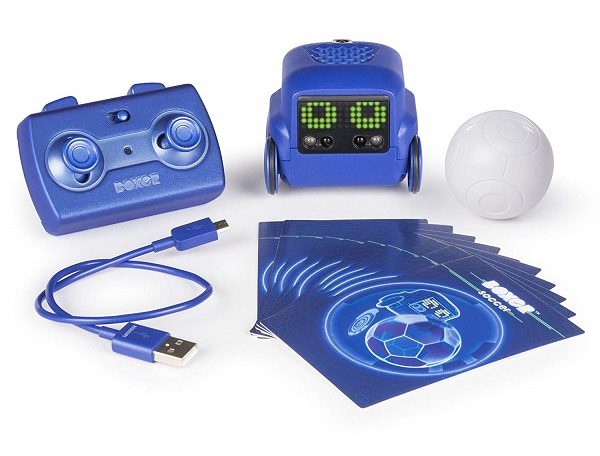 The cool thing about Boxer is that you really feel he has his own personality. This is because of the many voice tones, expressions, catch phrases and emotions that he puts across when you play with him. Additionally, touch sensors add that further level of interaction with the little robot. For example, you can use gestures to control Boxer and lead him along, or even do wheelies. This element is great for creating a more lifelike experience and keeping kids engaged for longer.

But the sensors don’t stop there! Boxer’s 4 IR sensors allow him to interact with his environment on his own, known as autonomous mode. He’ll whizz around the place making noises and avoiding obstacles. He really is great value for money – even more so if Black Friday Boxer robot deals are released! Watching this little guy in action does more than words ever could, so check out the video below to see Boxer in action…