There are two types of 360-degree camera, the dual lens cameras which shoot the full 360 degrees both horizontally and vertically, and the single lens, like the Kodak PIXPRO SP360 4K which can record 360 degrees on the horizontal axis, and 235 degrees on the vertical axis. The SP360 4k allows you to shoot immersive video and photo content, but if you want to shoot the fully immersive 360×360 degrees, you will need another camera.

Kodak sells a dual pack with a remote to start recording simultaneously, and a mount to hold both SP360 4K cameras back to back.

The Kodak PIXPRO SP360 4K cameras do require more effort and setup than the point and shoot type cameras like Ricoh Theta S and Samsung Gear 360, but they are far more versatile and are targeted towards serious hobbyists and professionals.

Single lens – this does require you to stitch the content together using Kodaks software, or other editing software but it also makes for a better quality video.

Built in wifi – it feeds directly to your phone so you can see what your shooting, as well as uploading your live stream to your favorite social network.

Wide angle as well as 360 – You can also shoot images and video normally, not just in 360 degrees.

Shoots in 4k resolution 2880px by 2880px – that’s more than double the previous version of the PIXPRO SP360 and the quality improvement is really noticeable. 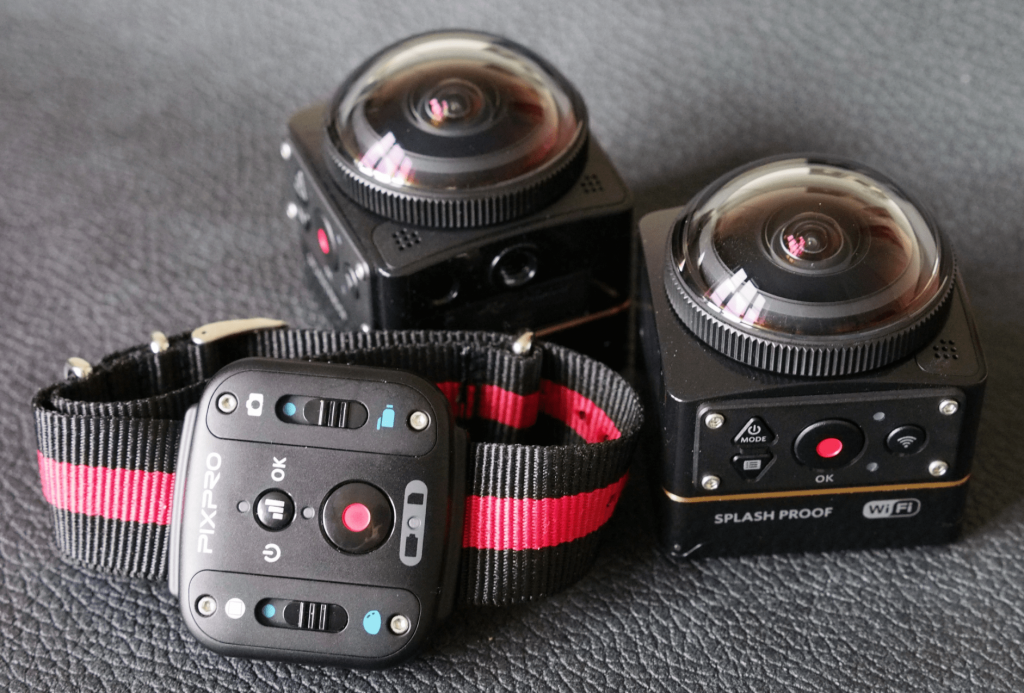 This camera is for the keen hobbyist or professional looking to add a new angle to their photography/videography. Most people making the purchase will require the Dual Pro Pack (two cameras), which is, of course, more expensive. The Kodak SP360 4k is an awesome setup that allows for professional level filming, so if you’re thinking about making the purchase, consider waiting for the Kodak PIXPRO SP360 4K Black Friday discounts during deals week.